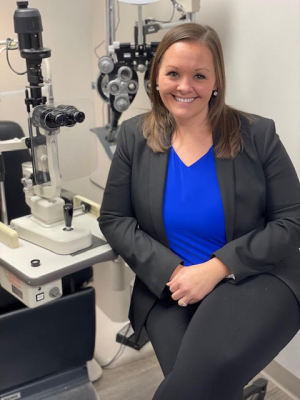 Dr. Kim Warner grew up in Madison, IN. She received her Bachelor of Science degree in Chemistry from Franklin College, in Franklin, IN. After completing her undergraduate degree, she earned her Doctorate of Optometry degree from Indiana University in Bloomington, IN. After completing her clinical rotations, she completed her residency in Pediatric Optometry at Indiana University in Bloomington, IN and Indianapolis, IN. Upon completing her residency, she went on to become a Fellow of the American Academy of Optometry.

Dr. Warner is actively involved in the Kentucky Optometric Association (KOA), and is currently serving as the Northern Kentucky Trustee of the KOA. She enjoys spending time with her family and friends and watching college basketball, especially the Indiana Hoosiers. She lives in Independence with her husband, Eric, and two dogs- Hoosier and Toby.